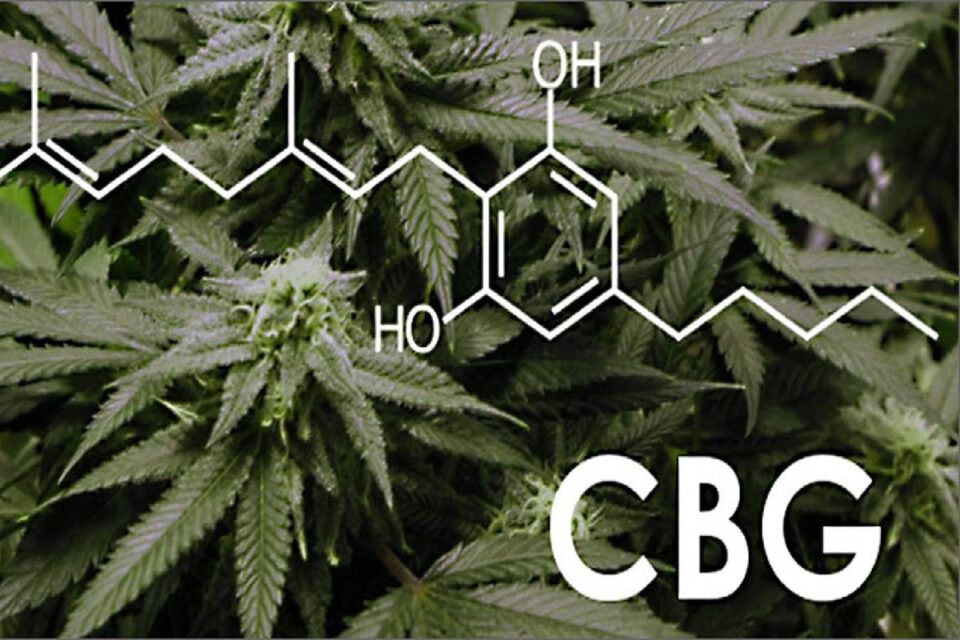 CBG (cannabigerol) is a non-psychoactive compound of the cannabis plant. In the early stages of the growth of cannabis, there is a higher concentration of CBG, and as the plant matures, this converts to CBD and other cannabinoids. Therefore the plant must be harvested early in order to maximize the chances of gathering plenty of CBG.

CBG appears to relax the nervous system, creating a calming effect on the body. Those suffering with insomnia or night terrors have reported that they are able to get better sleep following using CBG. It may be used for additional health benefits too.

CBG appears to increase levels of our natural, in-built cannabinoid called anandamide, which has a simple function of making you feel good – and therefore may be used to help regulate mood and appetite.

Early research has also shown that CBG could be effective in a neuroprotective capacity such as treating glaucoma and helping with Huntington’s disease as well as boasting anti-inflammatory action that could help with inflammatory bowel disease, reducing the growth of cancer cells and killing bacterial infections.

How is CBG different to CBD?

CBG is similar to CBD in many ways – both are cannabinoids grown from the hemp plant and used as alternative therapies to promote better wellbeing.

But where CBD reacts with the receptors in the endocannabinoid system to help rebalance the body, CBG has an all-encompassing effect on the sympathetic nervous system, creating a serene, calming effect on the body.

Both cannabinoids have been reported to have positive effects for users looking for relief from pain and illness, but with different focuses. It is possible to take a combination of both CBD and CBG to gain the greatest possible result in tackling a health issue.

How Much Does CBG Cost?

Demand is rising for CBG, but due to its being new to the market and the limited supply currently, its cost is relatively high. Some online sources quote that CBG can cost up to £50,000 per kilo. It is anticipated that as production becomes more widespread, and CBG becomes easier to source, the cost will drop. CBD Oil used to command a similar price point in its infancy but now costs a tenth of the original price.

Why Is CBG So Expensive?

You need a lot of cannabis plants to cultivate a very small amount of CBG. Farmers have a very limited window in which to harvest before the CBG continues its journey and turns into another cannabis compound, so they have to act quickly and at the right time. If they choose to harvest the plant at the best time to maximum CBG, they sacrifice a vast amount of the crop.

Until recently, most crops have been focused on CBD production, which can be more productive for the farmer, but only contains a limited amount of CBG.

The other hurdle is that expensive equipment is required to harvest a decent amount of CBG successfully. Add that to the fact that demand regularly outweighs supply and the cost per unit naturally goes up.

CBG is still relatively new to the market, so it’s not surprising that the cost per kilo is much higher than other cannabinoids on the market.

While there is likely to be some decline in the price as the production levels increase, the difficulty in extracting CBG is the biggest hurdle, meaning it’s likely the price will remain high for many years to come.

The Journey of Change: How Can Drug Rehab Change Your Life

10 Known Benefits of Intermittent Fasting as Supported by Science

What Is Estrogen? And How It Affects Women?

7 Common Ways to Break a Tooth

Can I Find A Rehab Near Me Using Online Resources?

Why Should You Get Your Dental Implants In Mexico?

How to Clear Your Home of Asthma Triggers

The Importance Of Getting Acne Treatment For Teens