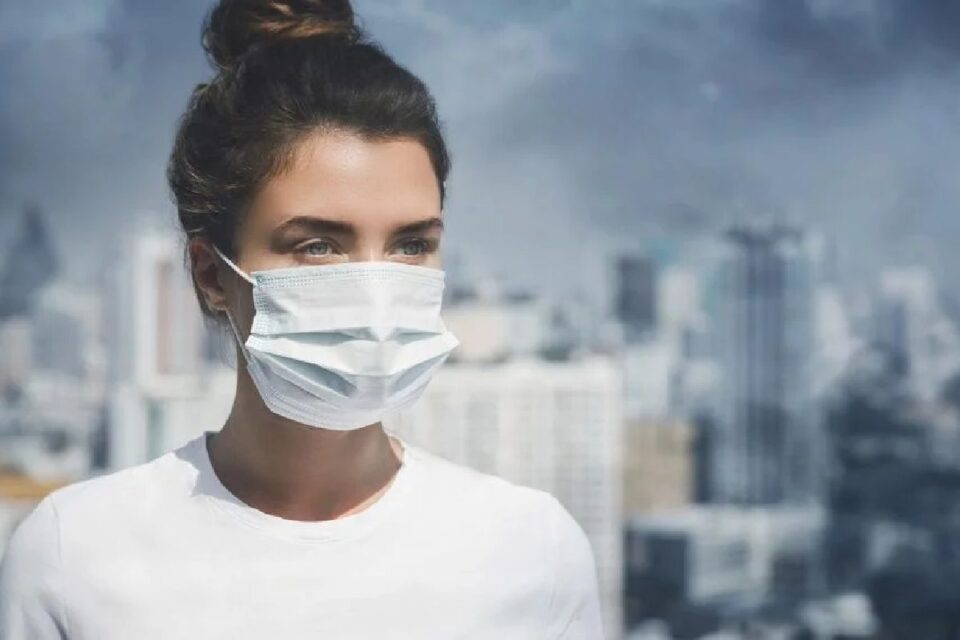 New research has uncovered a connection between air pollution and COVID-19.

According to the study, people living in areas with high nitrogen dioxide levels are more likely to need mechanical ventilation or end up in the ICU (intensive care unit) after getting COVID-19. This means they are more susceptible to a severe attack of the SARS-CoV-2 virus.

Nitrogen dioxide (NO2) is typically produced after fossil fuels are burned. It has devastating effects on a person’s lungs. The endothelial cells, which are the lining inside the blood and heart vessels, may also get damaged as a result of NO2 exposure. Transferring oxygen from a person’s inhaled breath to their blood becomes difficult when this happens.

Susanne Koch, leader of the team of researchers at a German teaching hospital called Universitätsmedizin Berlin, explained that the study’s results prove there is a positive connection between long-term NO2 exposure and COVID-19 incidence and mortality rate. The research used air pollution data in determining the average NO2 levels in every county. Frankfurt had the highest, and a small county located in Thuringia called Suhl had the lowest nitrogen dioxide levels. Koch and company presented the study to the participants of Euroanaesthesia, an annual gathering of the European Society of Anaesthesiology and Intensive Care.

The researchers also focused on data relating to the number of COVID-19 patients in the ICU and those who required mechanical ventilation for a month in 2020. They took into consideration several factors, specifically pre-existing health conditions.

According to the study, ten counties with the lowest long-term NO2 exposure needed:

In counties with the highest NO2 exposure, the needs were:

What the study findings mean

One of the things that the study highlighted is the fact that around 75% of the UK’s urban areas have air pollution levels that far exceed the legal limits. As a result, approximately 40,000 premature deaths every year result from exposure to polluted air.

Additionally, air pollution is also said to cause certain health issues, such as asthma, diabetes, heart disease, stroke, obesity, and cancer. The research proves that COVID-19 belongs on this list.

While there was a significant improvement in NO2 emissions during the 2020 lockdown, air pollution is increasing in most cities and towns in the UK. There has been very little progress in terms of legal obligations, which should have been fulfilled in 2010.

Koch wants everyone to take note, however, that the negative effects of air pollution on human health will continue even long after the pandemic has ended. As such, it is important for governments to focus on transitioning to renewable energy, for consumers to consider clean transportation, and for everyone to adapt to sustainable agriculture. These three are some of the best steps to take in achieving better air quality.

A major factor in the fight against the climate crisis and in improving the quality of life and health around the world is the reduction of emissions. This is what governments and authorities should also focus on from hereon in.

Diesel emissions are a major contributor to air pollution, particularly after the Dieselgate scandal broke in 2015.

In September that year, German car manufacturer Volkswagen was accused by US authorities (the Environmental Protection Agency and the California Resources Board) of using illegal defeat devices in the diesel vehicles they sold across the United States.

These defeat devices were designed to manipulate emissions tests. They can detect when a vehicle is being tested. Once they do so, they automatically suppress emissions levels to within the safe and legal limits set by the World Health Organization (WHO). However, once the vehicle is taken out and driven in real-world road conditions, the emissions revert to their usual levels, expelling voluminous amounts of toxic gases.

Volkswagen was initially the only manufacturer found to have used the illegal devices. Several months and years later, though, other carmakers were also implicated in the scandal, including Mercedes-Benz, BMW, Alfa Romeo, and Renault, among others.

These manufacturers deceived their customers by marketing their cars as clean, safe, and environmentally friendly. In reality, the vehicles were pollutants. Car owners were lied to and misled.

The implications of their actions are serious and damaging for both human health and the environment. Exposure to NOx emissions can cause a variety of health complications, such as breathing problems, asthma and aggravated asthma, lung problems, and other respiratory issues. Severe cases where the exposure is excessive can lead to an increased risk of cancer and cardiovascular diseases. It can also lead to premature death.

Car owners affected by the diesel emissions scandal are encouraged to file for emissions claims. This will allow them to get compensated for their manufacturer’s deception. It is also one way of increasing awareness about dangerous NOx emissions.

The process can be long and challenging, but working with a panel of emissions solicitors will be a big help. The panel of solicitors at ClaimExperts.co.uk are trained, regulated, and experienced in winning Mercedes emissions claims and other similar compensation cases. Visit their website and get in touch with them now.

Why is Education so Important in Healthcare Systems?

What are The Top 3 Things To Look For When Choosing A Health Treatment Program?

David Goggins Got Me Out Of Addiction And Into A Marathon