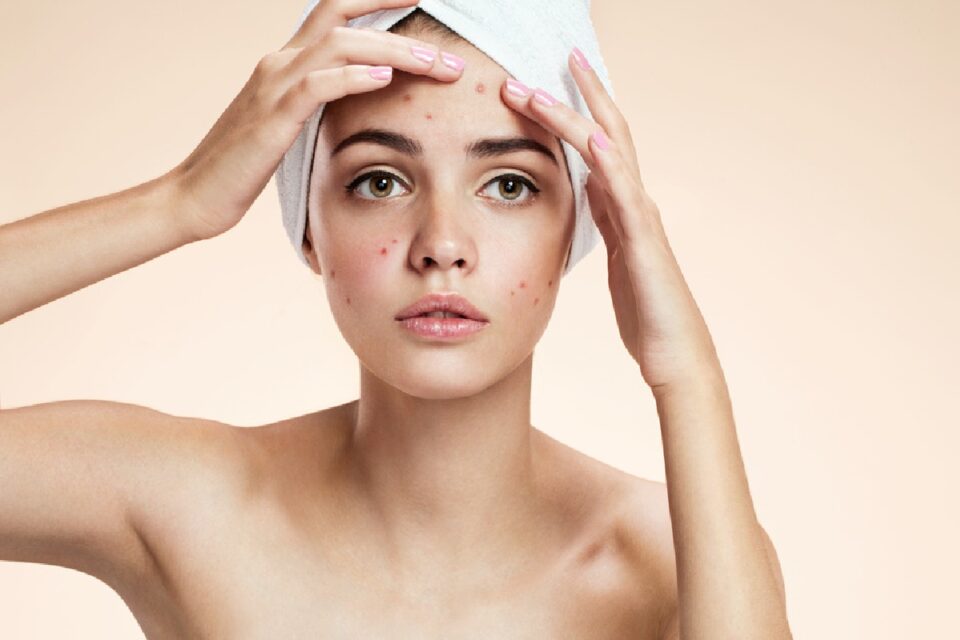 Acne is estimated to affect 40 to 50 million people. It is thought of as a pubescent rite of passage, but it can also be a pesky burden for people well into their 20’s and over. While genetics is a common cause, researchers have proven that acne has a direct correlation with the stress and anxiety we experience in our everyday lives. Luckily, as new research on the topic has become more mainstream, people are starting to understand that CBD is an effective way of treating their stress and anxiety, and the results — as well as faces — are becoming more clear.

To better understand the benefits that CBD has on acne, it is important to learn about one particular system in the human body:

Think about the ultimate goal of every human’s body. What everybody is trying to do is maintain a balance within, otherwise known as homeostasis. On a day-to-day basis, several factors can disrupt our normal states of being, which is why there is a strong emphasis on maintaining homeostasis. Imagine being insulted, speaking with someone you have a crush on, eating junk food, or you come home to find your favorite partner in bed with your best friend — all of these things have the potential to alter your internal balance and can lead to stress, anxiety, and other serious health issues.

Luckily, research is starting to prove that one of the major functions of the ECS is to maintain homeostasis. Think of the ECS as a 911 dispatcher in your nervous system. When there is an emergency inside your body, a message is sent out via nervous system pathways, and it reaches a central message system (the ECS or 911 dispatcher), which will then send help to the affected area.

3 Main Components of the ECS

How CBD affects the ECS

CBD is one of the natural cannabinoids that comes from the cannabis plant. CBD is not to be mistaken for THC; both are cannabinoids found within the plant, but they have been extracted separately for different uses.

CBD is truly remarkable in that; once it is consumed, it can replicate the functions of endocannabinoids found in the ECS. The receptors that are released to attach to affected areas are able to bind with CBD to multiply the effects of the ECS. Simply put, the more CBD in your system, the more receptors are available to fight off any potential outside threats.

What this means for acne

Our bodies’ immune response to stress caused by anxiety, depression, and other internal and external problems causes a hormonal response that increases inflammation and leads to more serious health problems. The increase in stress-related hormones will only exacerbate symptoms. Unfortunately, the symptoms increased from these stressors are often only seen as outside symptoms such as acne, but there is a much deeper issue that needs to be addressed.

This is where CBD comes into play, where other treatments involve superficial treatments such as harmful topical creams and dangerous prescription medications, CBD assists in treating the underlying problem causing acne flare-ups.

The calming effect CBD produces is a result of natural components at work, and do not induce more potentially dangerous side effects that prescription medications are famous for. CBD works directly on the nervous system to enhance the body’s natural healing systems, while also alleviating the body’s inflammatory response.

Research on the effectiveness of CBD has shown promising results, especially for the treatment of acne. When ingested, it has a calming and relieving effect on stress and anxiety, but it has also shown positive results as a CBD lotion.

When applied topically, it has proven to reduce the inflammation of persistent acne and reduces the associated redness. Besides its proven results to reduce inflammation, studies have shown that the lotion is also helpful in reducing excess sebum oil production, which is another common cause of acne flare-ups.

The battle for dermal clarity affects millions of people in the world, and treatments often leave people feeling helpless. Large advertising and pharmaceutical companies will make you believe that their treatments are somehow superior to other methods, but yet the problem continues, and everyone seems to avoid the deeper issues.

Where other treatments warn of side effects and possible irritants, CBD studies have educated people on other potential benefits as a result of consumption. And during a time when the full effects of CBD are still unknown, what is understood has proven to be effective and useful for the treatment of acne, and the underlying conditions that are too often overlooked by healthcare providers.

Focusing on Higher Education For Your Career Development

The Changing Weather and Your Health – 3 Things to Consider

How to Choose the Right Serum for Your Skin Type?